While the name Antonov does not have the same grandiosity as that of the American Boeing or McDonnell Douglas, builder of the DC aircraft, Russian aircraft manufacturer Antonov did develop the world's largest aeroplane, the Antonov An-225. Intended to be an aircraft for the transport of space shuttles, it was also suitable for other cargo. And just like this Antonov was famous for its sheer size, size is what sets this chrysanthemum variety, which bears the same name, apart.

The flowers of the white disbud chrysanthemum Antonov can grow up to 20 centimetres. This creates a monumental impression, which gives the Antonov an exclusive and luxury appeal that no American can equal.

How will you colour Antonov?

The examples below are just a few of the many colour combinations and patterns that are possible with Antonov.

Watch how her colour changes. 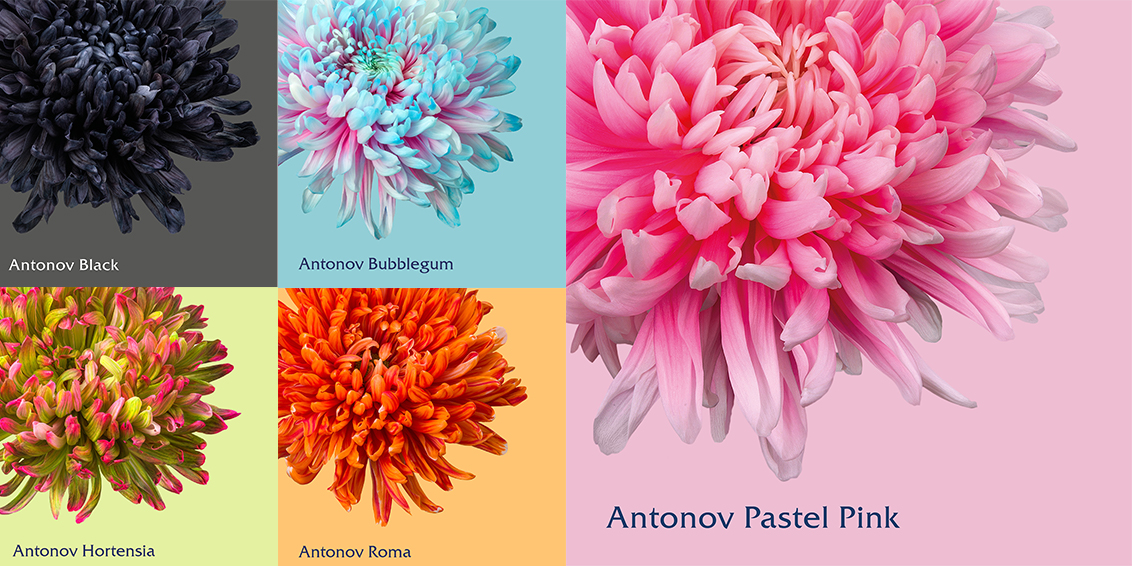 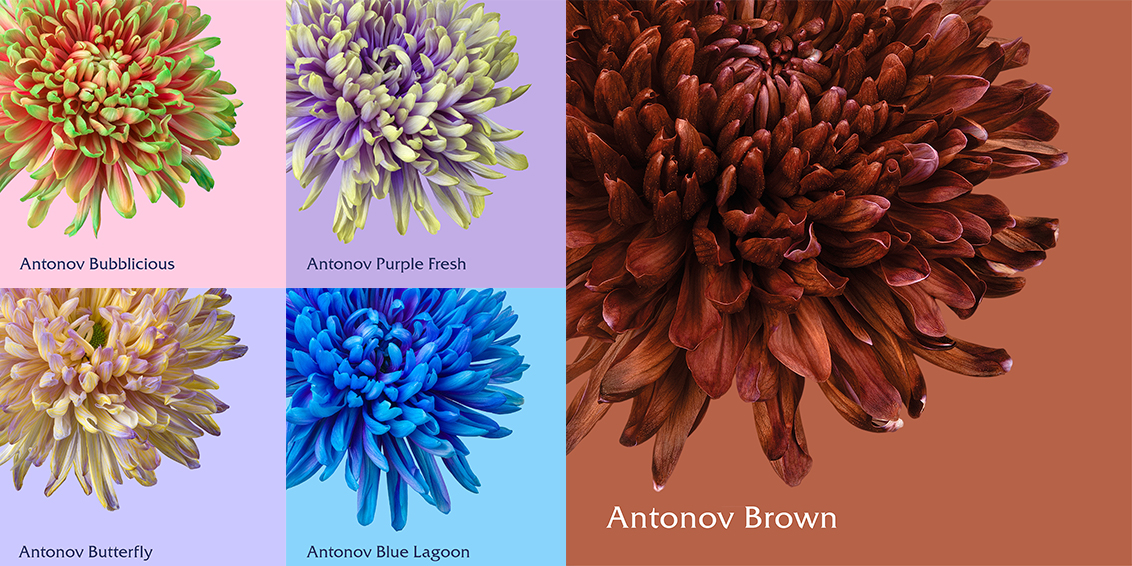 Antonov can be used in endless ways. We would like to show you some examples of bouquets containing Antonov and the colors Blue Lagoon, Hortensia, Pastel Pink and Bonaire.

If you want to stay up to date of the latest news, then follow us on social media!