This month we visited FleuraMetz

Today it is perhaps one of the largest exporters of flowers and plants that does business on a worldwide scale: FleuraMetz. With several locations at the various FloraHolland auction sites, FleuraMetz is a major party that has grown steadily over the years. Their assortment is more than complete, and the service is of an exceptionally high level. Enough reasons to take a look behind the scenes at FleuraMetz! 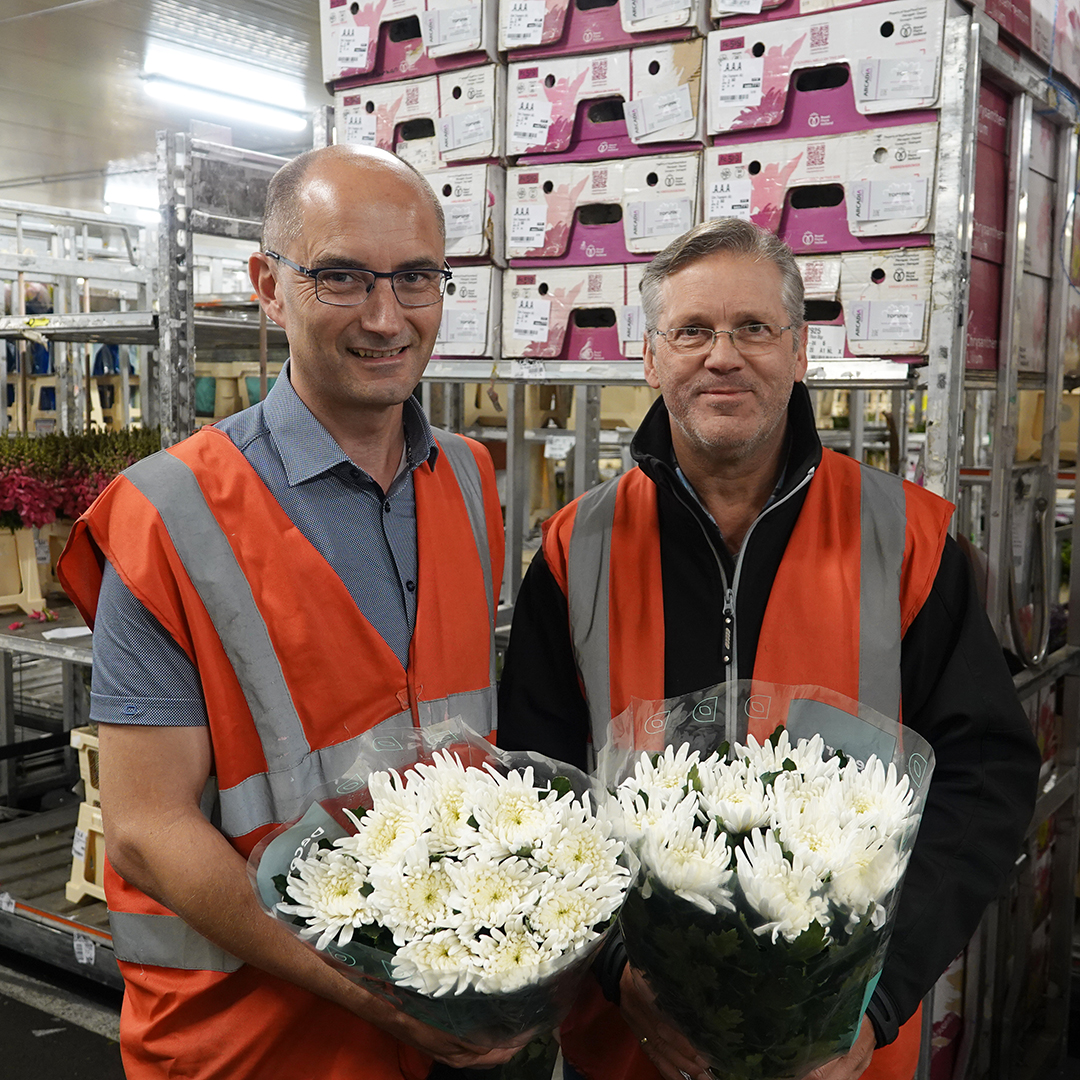 Dutch sobriety with a vision of growth

It all started with “Fleura”, a North-Holland company that was active in the German market with many of its own locations. After some time, a merger followed with Metz, a strong player in the French and English markets. At the time, Metz's strength lay in supplying flower shops and with the combination of the two, the even stronger FleuraMetz was born. Over the years, Metz was followed by several more parties with whom cooperation was sought. Think of HIP, Kurt Schrama and Verdel. And with the recently announced merger with Hilverda de Boer, the end of the growth is far from in sight. 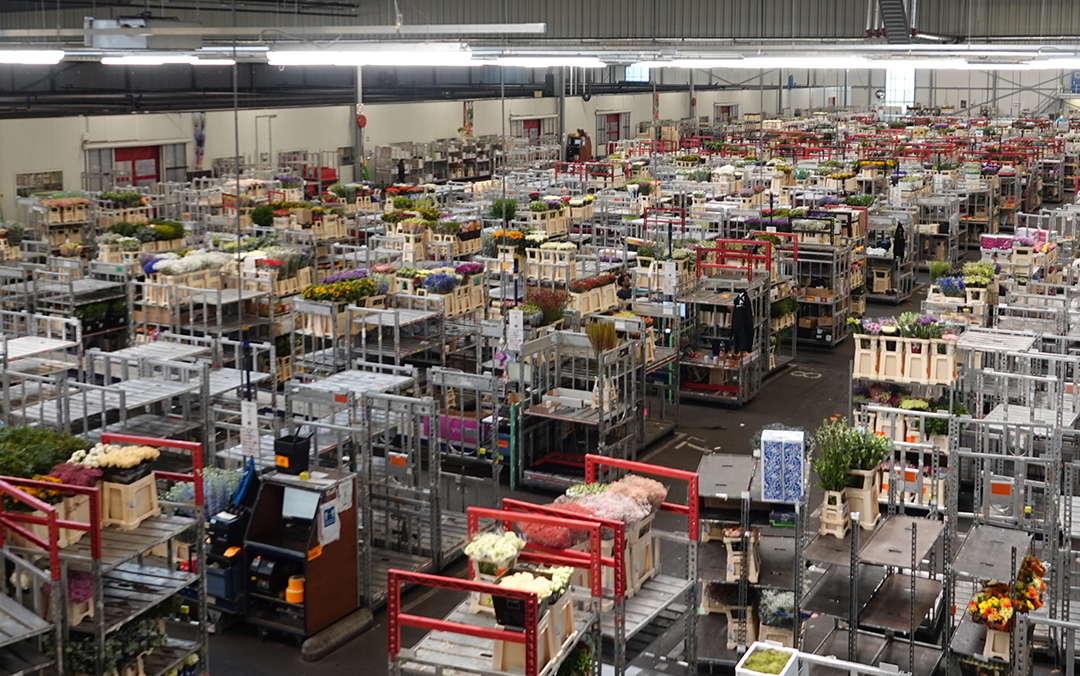 The full-service partner of every florist

When you enter the location on the Betula on the FloraHolland Aalsmeer auction site, you immediately realize that almost everything is available at FleuraMetz. Thousands of buckets of flowers are distributed here daily among the iconic red and white trucks. But also garden plants, house plants, and accessories are available at FleuraMetz. FleuraMetz, therefore, offers a complete assortment and many people are committed to being the full-service partner of every florist.

Two of these people are Arie Schoneveld and Kees Kersbergen, both responsible for purchasing chrysanthemums. Both Arie and Kees have been working in the flower sector all their lives. Arie started as a young boy with the de Koning brothers and ended up at FleuraMetz through various parties and positions as a buyer. Kees started 26 years ago as a buyer for Kurt Schrama, one of the parties that eventually continued under the FleuraMetz umbrella. The two now form a strong team of buyers for FleuraMetz, where the joint years of experience and a shared vision seem to form a large part of the success formula. 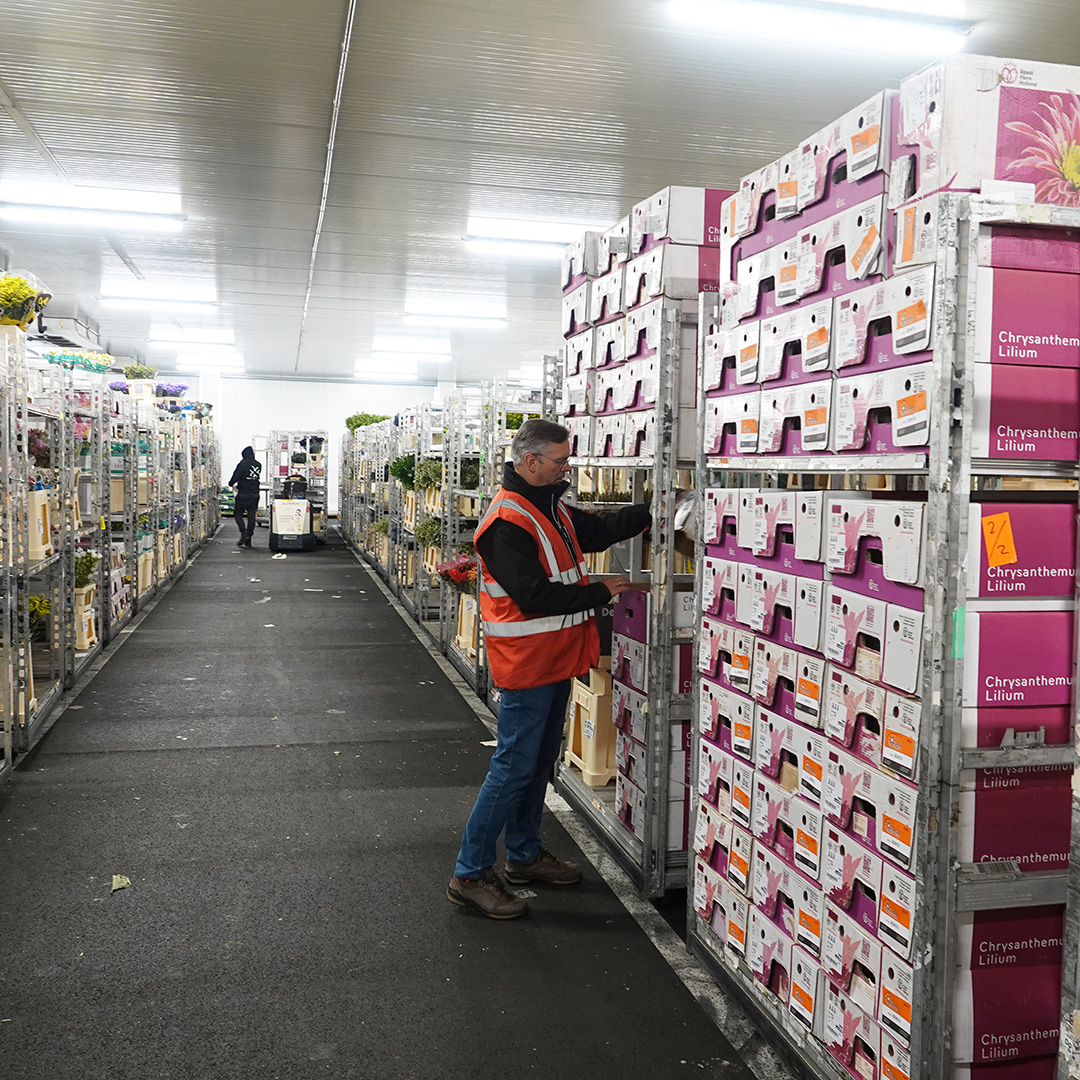 “You have to see, feel, and experience the product!”

Quality plays an important role for both Kees and Arie. One of the ways in which this quality is guaranteed by the men, is by their daily round through the cold stores, even before the auction starts. Early in the morning, the trollies are checked, boxes are opened and the bunches of chrysanthemums are seen with their own eyes. Despite the years of experience that the men have, self-inspection of the chrysanthemums remains an absolute must if you ask Arie and Kees. “It remains a fresh product, so you have to see, feel and experience it. Every day again!”

The chrysanthemum as a main article

One of the chrysanthemums purchased in large numbers by the men is Topspin, a variety from Dekker that is available as both a spray, and a disbudded chrysanthemum. According to Kees and Arie, Topspin is really a variety of this era: the variety is of excellent quality, and thanks to the clear white color and thick flower petals it is also of a high ornamental value. The FleuraMetz customer also appreciates the variety more and more, given the increasing demand. For example, the number of stems sold has doubled in less than one year and Kees and Arie foresee continued growth in the demand for Topspin. Topspin is therefore an absolute champ! 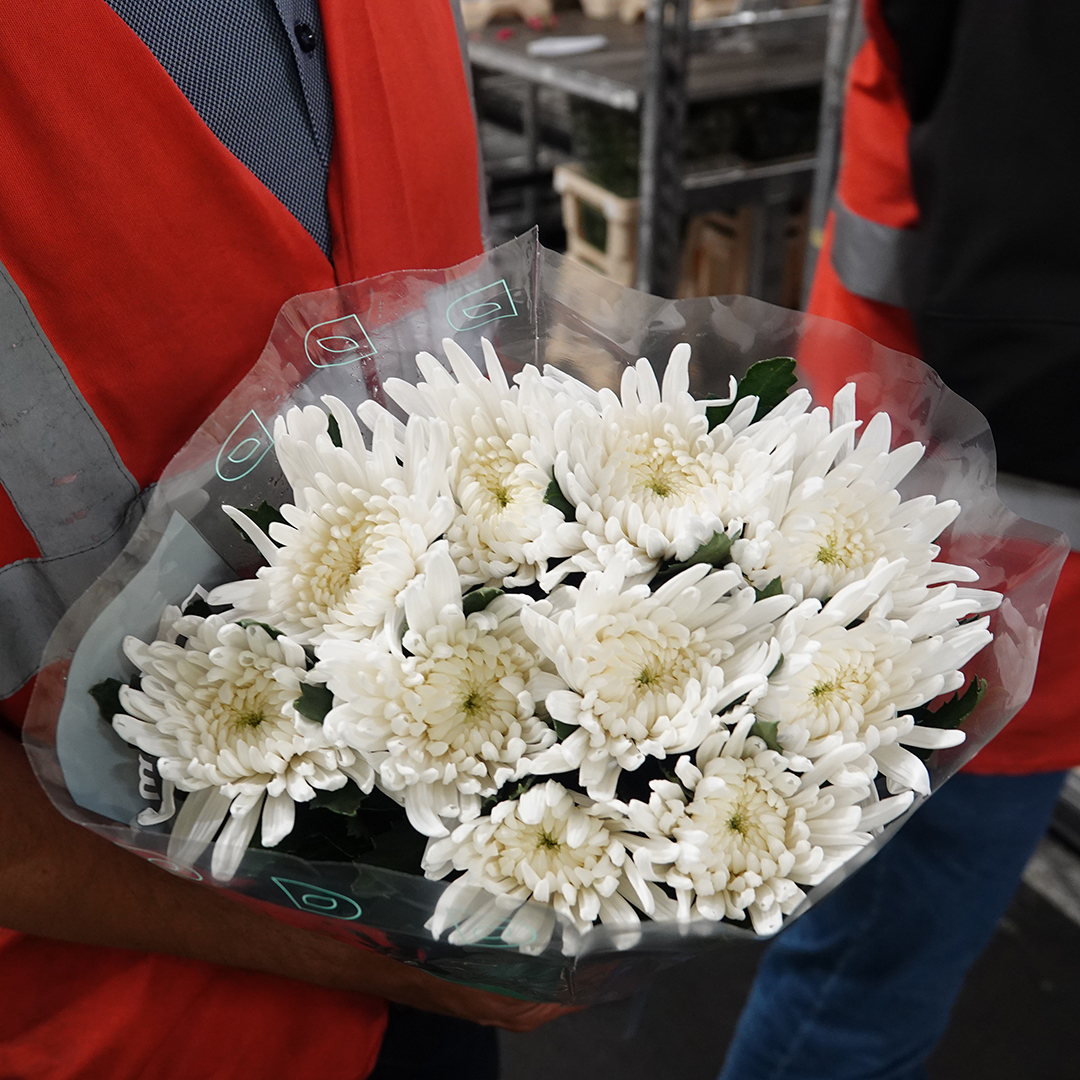 "Topspin is of excellent quality and thanks to the clear white color and thick flower petals it is also of a high ornamental value!"